Elena Belousova is one of the few psychologists working with TB patients in Arkhangelsk Russia. She recently attended a course in health communication, facilitated by LHL International. " All staff at the TB hospital should have this type of training, to strengthen their communication skills and positive thinking. I would like to facilitate in-house training at the hospital to see this happen."

People who fall ill with TB are often scared, sometimes traumatized, and need someone to talk to. The treatment is tough and lasts long so many default because of it. 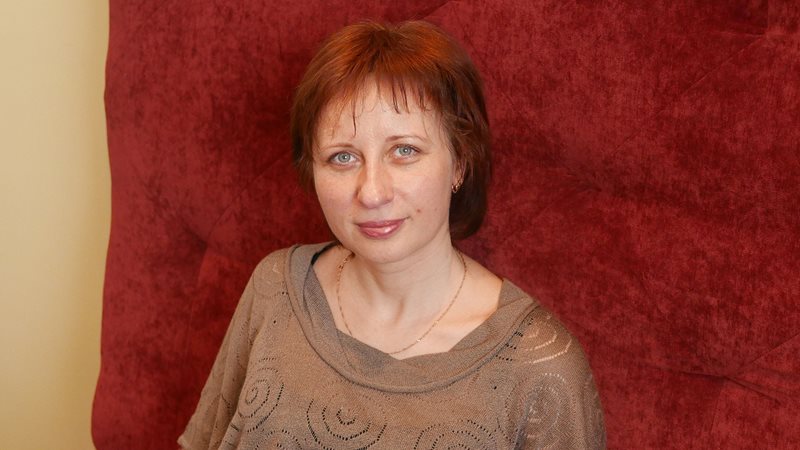 Elena Belousova is one of the few psychologists working with TB patients in Arkhangelsk Russia. Photo: Berthe Stenberg

Psychologists can help patients tackle the stress, their emotions and help people through treatment. Without completing the treatment you can not get cured. If people do not get cured they can infect many others, the bacteria can develop resistance and treatment becomes even more difficult and takes longer. Having psychologists involved in TB control in addition to TB doctors and nurses is therefore a very good strategy which is actively applied in the Arkhangelsk TB Dispensary. Unfortunately there are few such positions within TBcontrol in Arkhangelsk, but a great need for more.

Elena Belousova dreamt about becoming a psychologists when she was a child. She graduated in 2009 and was able to secure one of the few positions for psychologists in 2013. Before this she worked mainly with children. Today, at the TB Dispensary, she talks to and assist approximately four patients a day. In addition she organize group sessions with patients. 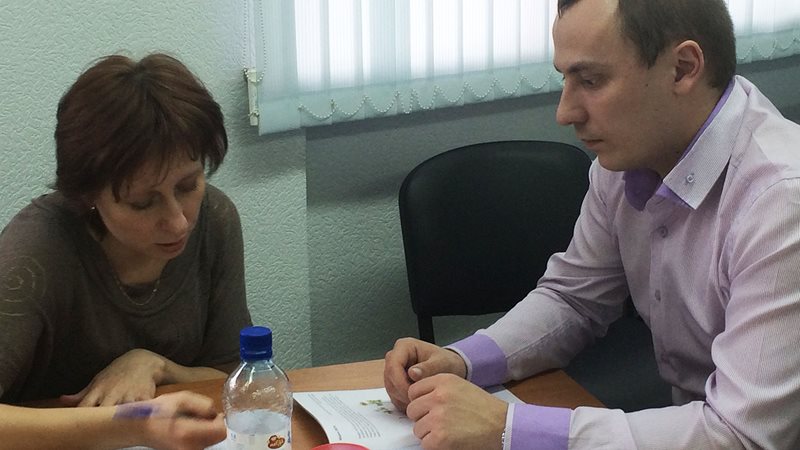 Elena with one of her colleagues. Photo: Berthe Stenberg

Many patients have a hard time accepting that their sick with TB and that they have to stay in hospital for a long time. More time is spent on newly admitted patients. She spends a lot of time getting to know them, in order to meet their needs and help them through treatment in the best possible way. She says that she will use the skills she have learned during the health communication training to improve her communication with the patients for better results. She was also pleased with gaining new skills that can help her as a health worker to stay motivated and combat burn out. Mindfulness meditation was her favorite.

Elena would like to organize in house training with an external facilitator for all staff at the TB Dispensary, in order to strengthen communication skills and positive thinking among all staff. We believe Elena can make a difference.