What is a stroke?

A stroke is when there is a sudden disturbance to a part of the brain’s blood supply. This can be caused either by a blood clot (cerebral infarction) or a bleeding.

Because they depend on a continuous supply of oxygen and nutrients through the blood, brain cells are especially vulnerable when this is cut off, even for a short time. When the blood supply from a vessel stops up, this causes lasting damage in the part of the brain it supplies. When a person has a stroke, about two million brain cells die every minute.

TIA is short for transitory ischaemic attack and is caused when the blood supply is temporarily reduced, with symptoms ending within a short period of time, usually less than an hour. TIAs are regarded as warning signs, and there is increased danger of having a stroke in the first few days after a TIA. If you have a TIA, you should immediately go to hospital to be assessed. Many of the tests done at the hospital will be the same as for assessing a stroke. The symptoms for TIA are the same as for stroke. 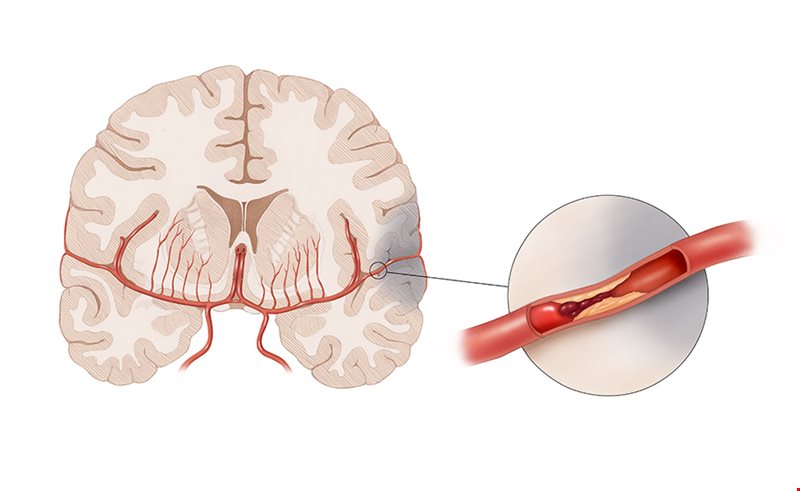 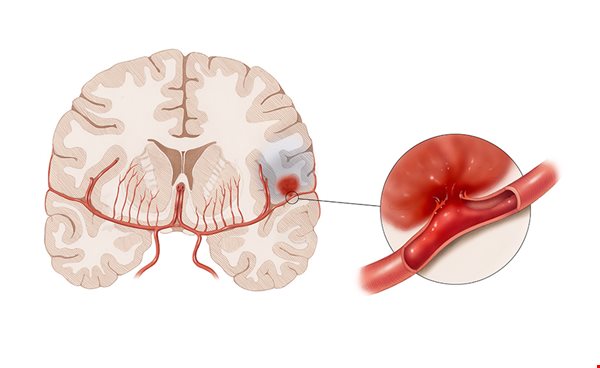 When a person has a stroke, time is of the essence. That is why it is important to know and recognise the symptoms. The most common symptoms of stroke are weakness is an arm and/or leg (often only on one side of the body), difficulties speaking (problems in saying things or understanding what is being said), or drooping on one side of the face. Stroke symptoms arise suddenly and unexpectedly and can involve the loss of one or several body functions.

Other symptoms of stroke are numbness in one half of the body, visual disturbances (e.g. peripheral vision loss, double vision, or blindness in one eye), impaired balance and/or coordination, an acute feeling of vertigo and nausea, or having a sudden strong, explosive headache. Other than the headache, it is quite common that the person suffering the stroke does not feel the symptoms, although other people notice them.

If there are any symptoms of stroke, call 113

If there are any symptoms that could indicate a stroke, you should immediately call 113. Making a prompt diagnosis and speedy treatment are decisive for recovery. Treatment outcome is largely decided by what happens in the first few hours after the stroke. Many people experiencing stroke symptoms wait to see if the problems pass on their own, or they prefer to wait until their G.P. can schedule them for an appointment. This may leave it too late to administer effective treatment and the stroke may have more serious consequences than it need to.

By leading a healthy and active life you can reduce your risk of stroke. Checking your blood pressure, pulse, and cholesterol can also be helpful as this will tell you whether you are in the risk group for cardiovascular disease. For further information, please also read the chapter on preventing new strokes.

Children and young people under 18

Most children and young people who have strokes are offered rehabilitation through specialised services, for example at Sunnaas hospital. In the continued follow-up of the child or young person, a number of different services and people may be involved: the hospital and rehabilitation institution, Statped (the national service for special needs education), the health service in the municipality, the habilitation service, kindergarten or school, the pedagogical-psychological service (known as PPT in Norwegian), the individual plan coordinator, etc.

As the child grows up, the problems may increase. Many brain functions that are not visible to the eye, such as the ability to plan, solve problems, and evaluating, carrying out and organising things, can become increasingly difficult for the child as it reaches lower secondary and upper secondary school. Children and young people who suffer strokes often require many years of intervention. The type of help will vary depending on whether the child or young person goes to kindergarten or primary or secondary school, or whether they are learning to settle into a more independent life in a small bedsit or studio.